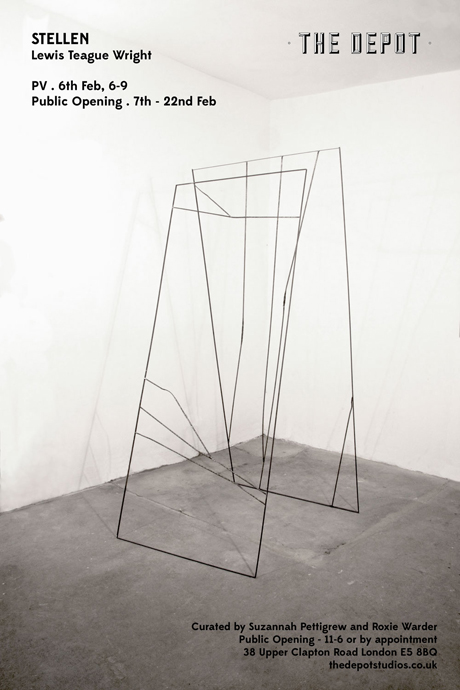 For Lewis Teague Wright’s second solo exhibition, he has produced a series of sculptures based around the ideas of security, ownership, identity and spatial occupation. The works seek to identify and question how boundaries visually suggest forbidden territory and define borders.