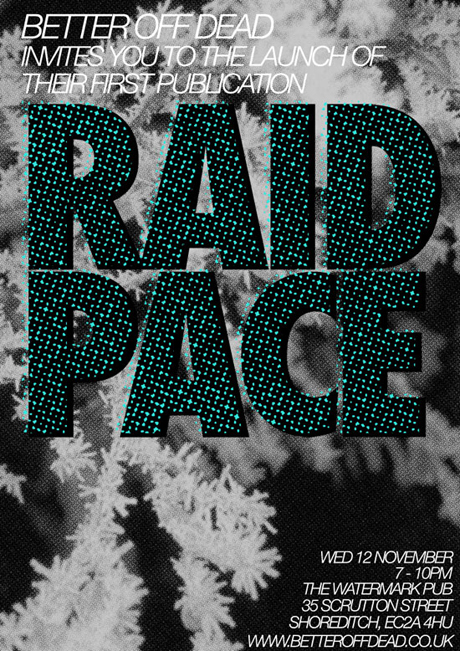 Our very own Lewis Teague Wright has formed a new collective of artists called Better Off Dead. It functions as a forum for it’s artists to collaborate in a series of projects, and present their individual ideas as group effort. Their first publication is named ‘Raid Pace’, a book limited to 100 hand numbered copies, featuring the photography of six friends and their travels with camera, including other Real Gold members Gabriel Pryce and Jack Bechtler.